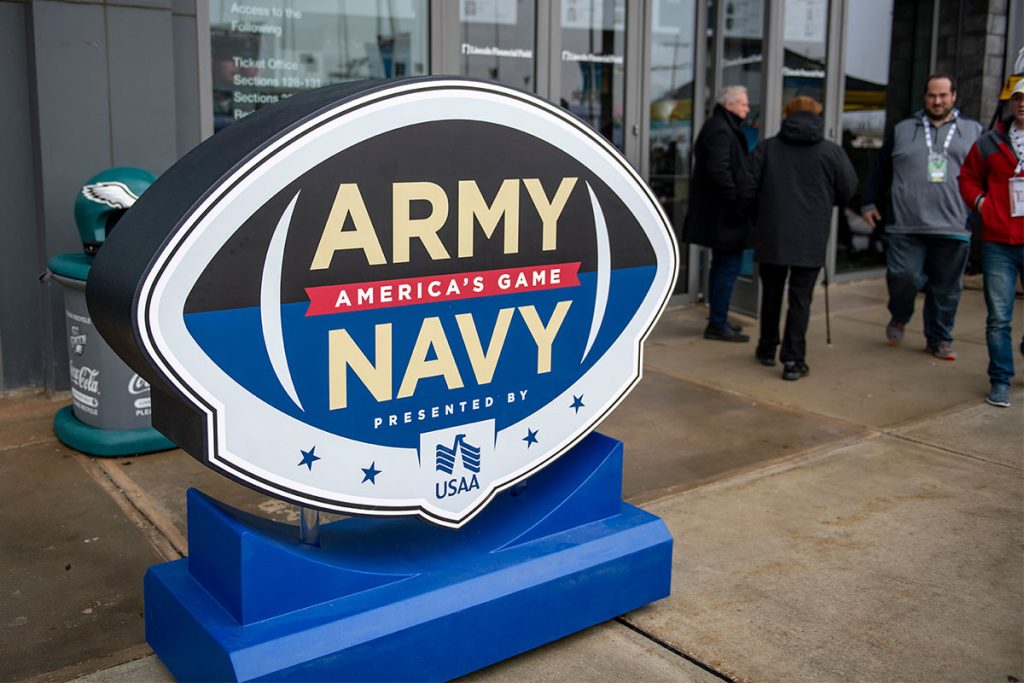 The Army–Navy game is one of the most traditional and enduring rivalries in college football.

It has been frequently attended by sitting U.S. presidents.

Instant replay made its American debut in the 1963 Army–Navy game.

The game has been nationally televised each year since 1945 on either ABC, CBS, or NBC. CBS has televised the game since 1996 and has the rights to the broadcast through 2028. Since 2009, the game has been held on the Saturday following FBS conference championship weekend.