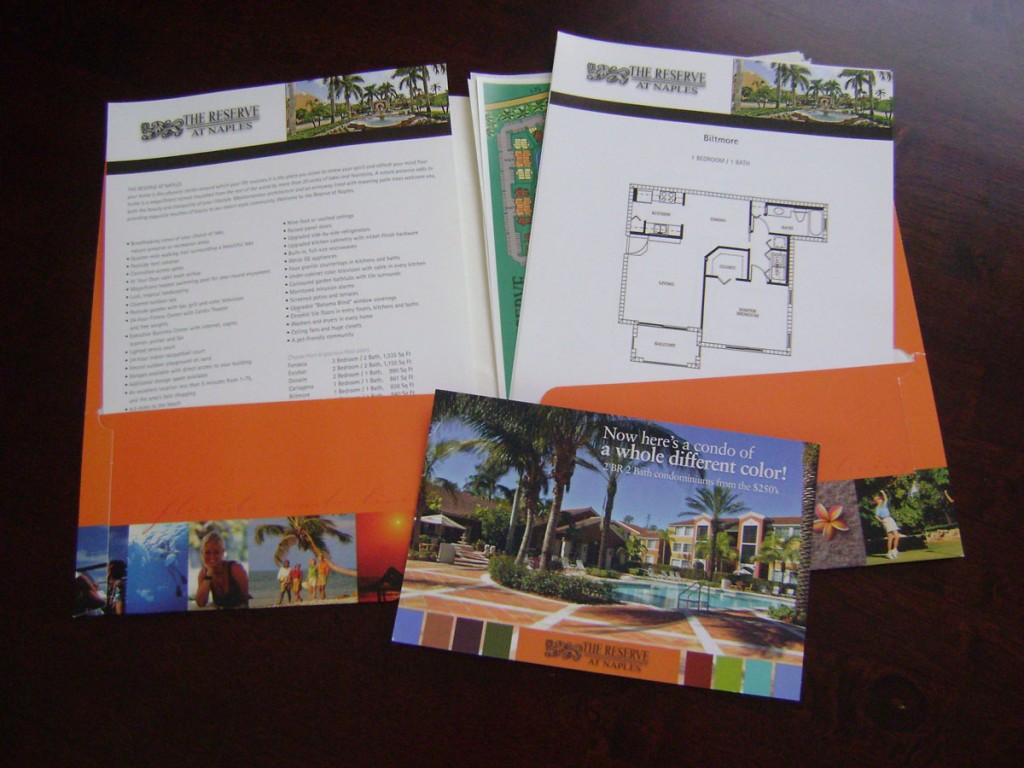 These pocket folders were produced for a condo developer in Florida, as well as a variety of other printed pieces, including one-page inserts and direct mailers, and several advertisements which were run in their local newspaper, in-flight magazines, and at least one which was translated into German.

Mike even produced a full magazine for them (under the title “Florida Condo Living”), which featured their condominium rather prominently.