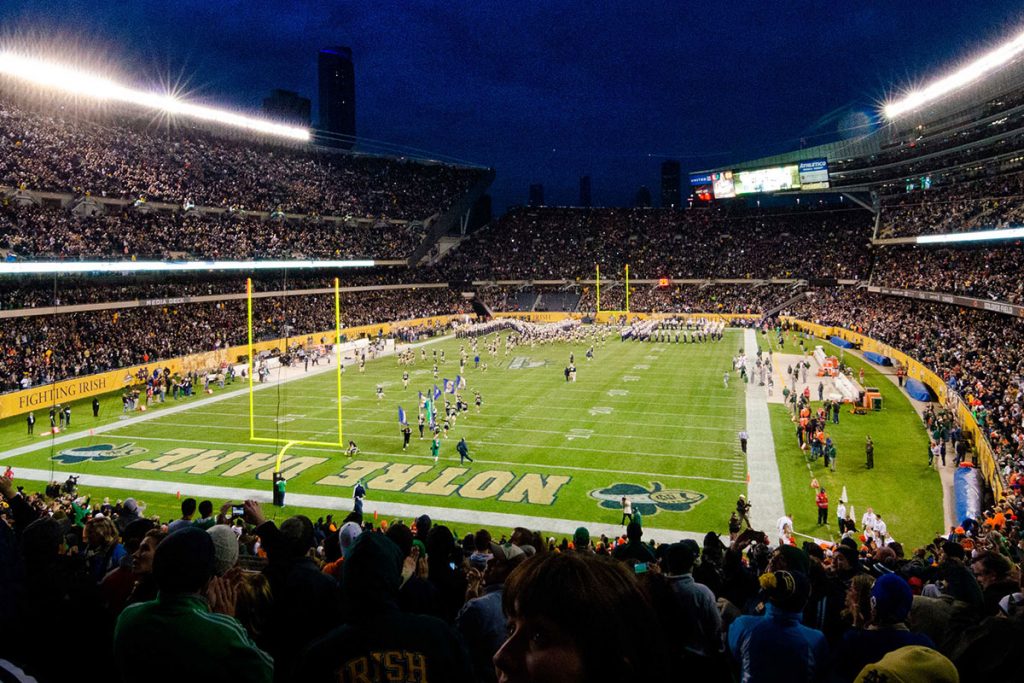 The Shamrock Series presents fans with an entire weekend of festivities on the road, though strives to convey our home Game Day experience. Fans have the opportunity to explore a new city and cheer for the Fighting Irish while attending Shamrock Series activities that may include a pep rally or band concert at an iconic location, Mass, service projects, academic and spiritual events, and so much more! Since the first Shamrock Series, we have seen Irish fans come out in full force in each city to take part in the Shamrock Series weekend events. The series offers fans the opportunity to experience Notre Dame Football and home game traditions in an incredibly unique and unforgettable way.