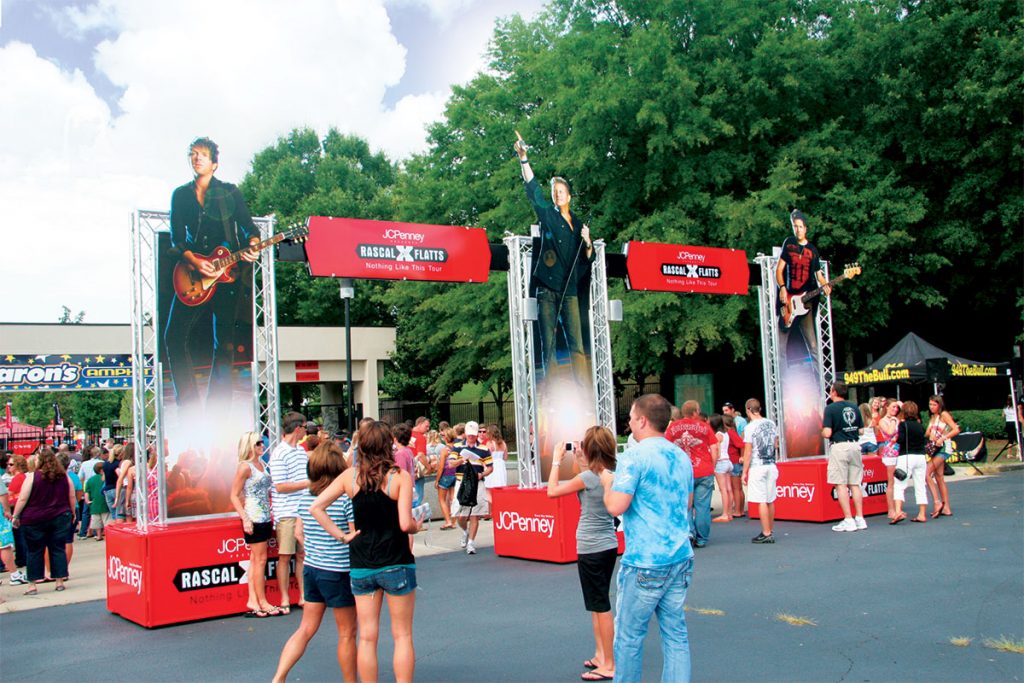 In 2009, the best-selling country group of the decade and one of America’s largest retailers, JCPenney®, called on Britten to help transformed the idea of traditional tour sponsorship into a wide-ranging, integrated marketing campaign.

The first leg of the “Unstoppable Tour” sold over 550,000 tickets in 39 shows. Britten portable banners, an air-conditioned VIP tent, and towering truss entrance structure was set up at every show. The effort proved a huge hit with the fans and the band who posed and posted numerous photos on social media. The band worked with Britten again in 2010/2011 to rebrand the tent, towers, and banners for their “Nothing Like This” tour.