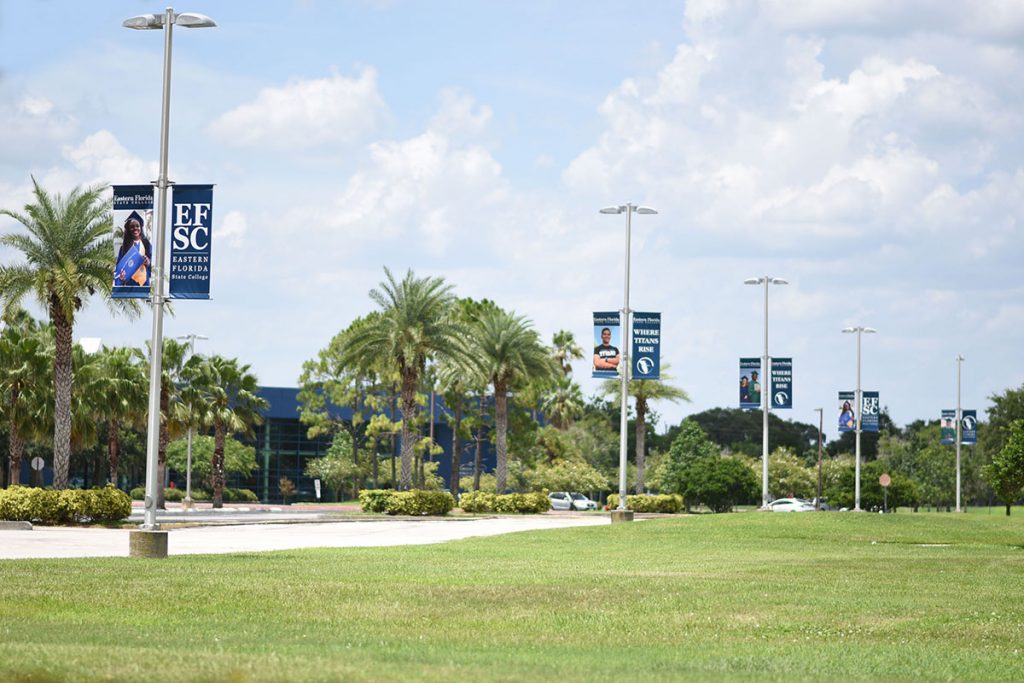 The school was officially renamed at that time with the introduction of 4-year programs in health care and business management. And with the name change also came a new logo, and the need to build recognition for their expanded programs of study.

The tagline for that campaign was “Look to the East”. Four years later, new students fill the halls and it was time for an updated slogan.

EFSC’s new tagline (“Where Titans Rise”) and photos of undergrads and recent graduates replaced each and every graphic system at all four campuses. An increasing range of sports teams and athletic facilities were also Titan-branded with player images and EFSC blue.